Neema returned to Wekweeti for two weeks to produce the children’s Christmas concert at the Alexis Arrowmaker school and to take professional photos of the school kids and community members. It has been over 18 years since the first time she went to the community as their First Nation Band Manager in 1999. Her role there has transformed over time from community manager for several years, to assisting in the Tlicho land claims and self government negotiations, to photographer on their canoe trips and giving songwriting workshops to the youth. Always growing and learning together. 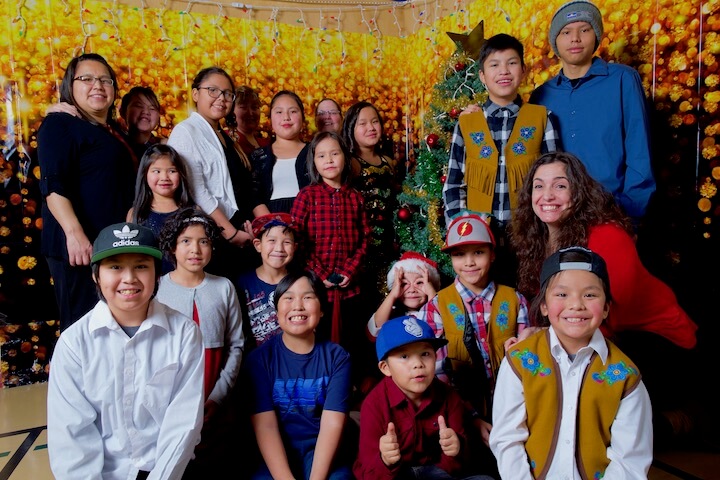