Journal of a
Travelling Girl

We are happy to announce that Journal of a Travelling Girl has been shortlisted for two CCBC awards: The Geoffrey Bilson Award for Historical Fiction for Young People and the inaugural Jean Little First-Novel Award.

The jury for the Jean Little First-Novel Award had this to say about the book: “Journal of a Travelling Girl gives young readers the chance to imagine themselves on a journey as they read about it through the main character… Neema clearly conveys the modes of teaching afforded by the journey and the community’s Elders, as well as the historic moment the Tlicho Agreement for self-government and land ownership came into effect… The author shares from a place of knowledge, in deep collaboration with the First Nation concerned… This is an important story, not just for those whose lives it touches directly, but for all in Canada.”

The jury for the Geoffrey Bilson Award for Historical Fiction said this about Journal of a Travelling Girl:  “A truly engaging story of a young girl’s coming of age as she embarks on a reluctant canoe trip with her friends and their families… Journal of a Travelling Girl takes readers on a culturally enlightening journey filled with adventure and discovery…bringing out the beauty of the North and the Tlicho culture… This book should be in every school library.”

We are excited to announce that Journal of a Travelling Girl has been nominated for the First Nations Communities Read award in the YA/adult category. Read more here. 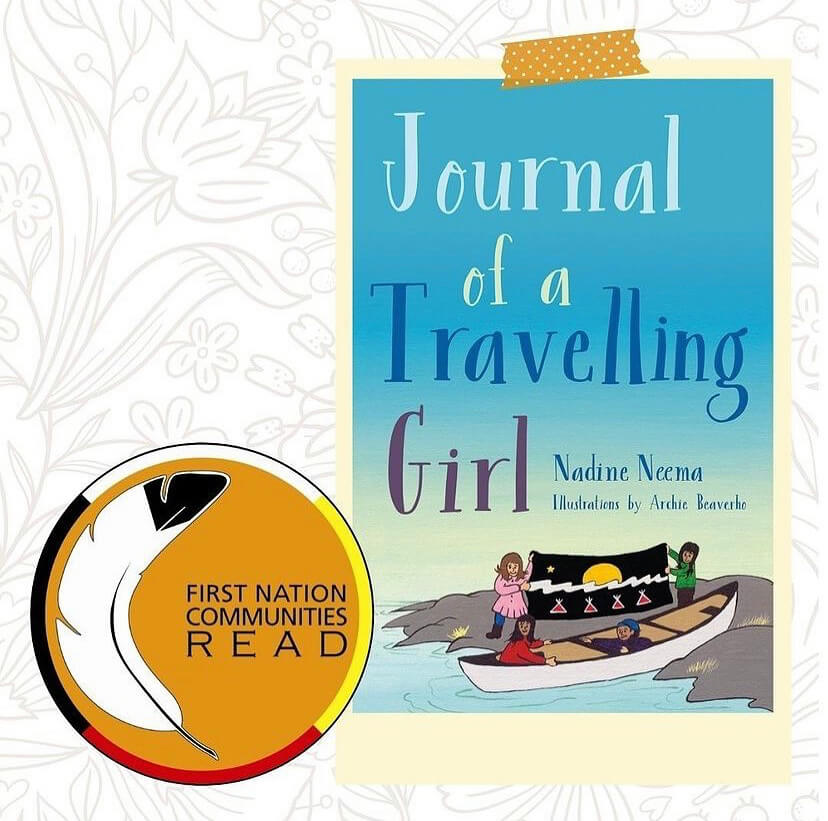 Her third studio album, Painting My Wall Gold was released in 2016. It was recorded while Neema was pregnant with her son, and produced with Daryl Johnson (Daniel Lanois) and Mark Howard (Bob Dylan, The Wailin Jennys). It opens with ‘For You’, Neema’s mettā song inspired by Buddhist meditation and features performance by Emmylou Harris. This song won runner-up in the folk/roots category of the International Acoustic Music Awards. The second song ‘Angel Undercover’ was a finalist in the Canadian Songwriting Competition.

Painting My Wall Gold is a beautiful, sophisticated, globally-infused, and electronically-enhanced album of modern folk music that draws heavily on themes of acceptance and equanimity. Neema’s lyrics, poetic in their ambiguity and sprinkled with visual metaphors and spiritual allusions, transcend the personal triumphs and tragedies that gave them life, evoking instead the raw emotional essence of the situations that inspired them.

Her second album Watching You Think was released in June 2010 and was produced with Leonard Cohen and long-time Sarah McLachlan collaborator Pierre Marchand. The Globe and Mail called it “A stunner.” Cohen also drew a portrait of her as the album’s cover and has said of her “in the midst of all the static, a voice of true feeling arises – a rare event”.

Elsa’s Lullaby Video – a song about love, a woman and her dog

Down from the North : A mini-documentary about NEeMA

This error message is only visible to WordPress admins

All rights reserved – 2016-Neemaste Productions – Made with love by TORRO